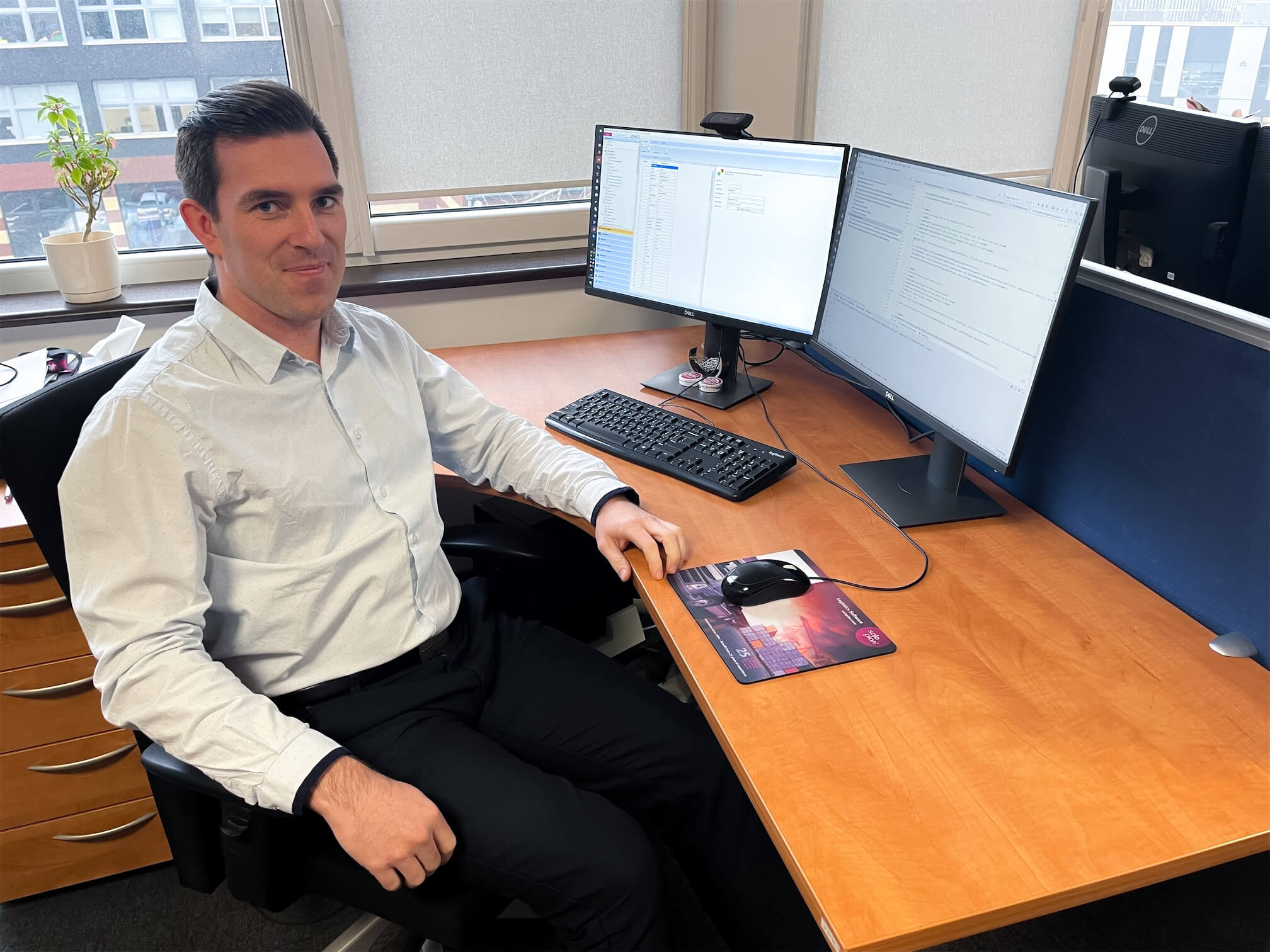 Interview with Krzysztof: An insight into the tasks of a development team leader

What kind of training have you completed?

After I graduated from the Electronic Technician school, I started studying at the University of Science and Technology in Krakow. For those who are not familiar with Polish culture; This is a very old and historical place to learn, it holds a very high reputation for Polish citizens. I studied there for 5 years, meaning I completed my Master of Science. I graduated from the Physics and Applied Computer Science department and studied Applied Information Science. That’s where I really got in touch with more detailed coding and relatively large software. Not as big as CarLo, but still of pretty decent size considering it was only during my studies.

After completing my master’s studies, I started working. But that doesn’t mean I don’t learn anymore. Soloplan is giving us, employees various opportunities to attend different trainings as well. Just recently I completed the Microsoft Azure Developer Associate certificate. During the preparation, you learn details of application development in the Azure environment, which is a highly desirable skill–now and in the future.

What aspect of programming appealed to you most?

If I had to pinpoint a certain aspect, it would have to be the fact that you constantly learn new things. Those things can widely vary between one another. You might learn a new programming language, but that is pretty rare. Something more likely to happen is that you learn about new frameworks or tools. As that are things you constantly work with. During daily work, one encounters many different issues and problems that has to deal with. You have to start thinking about new possibilities and solutions because you will not get very far with known quick fixes. Thus, you learn new things automatically.

The fact that the whole developing environment is evolving constantly doesn’t make it monotone, rather the opposite. It’s almost comparable to being a doctor: You have to adapt and learn something new constantly in order to be successful at what you do.

How do you feel about working in the development department at Soloplan? Do you learn a lot of new things?

Do you learn new things? For sure! CarLo is a very big software and it’s nearly impossible to know every single detail in every single part of the software, so there is always something new to learn if you get in touch with a part of the software that has been unfamiliar for you before. I have worked on smaller software before so the amount of code which is in CarLo really amazed me. It is a bit difficult to get in the groove in the beginning but you get the hang of it surprisingly fast. It also profits you in the future–being in touch with such a huge software solution, I mean. It may seem like quite a lot of work to get into the whole structure, but once you start to understand all of it, the development of various solutions comes much easier than usual. You then also become more independent and you can work without relying on your colleagues’ knowledge. From time to time, there are also possibilities to work on different independent projects.

What advice would you give to someone who is interested in an apprenticeship or a profession in the IT industry?

Well, it is one of the most interesting fields of work. Especially today, the IT industry is a huge part of our modern-day society. With that in mind, I would say that you should simply take the chance to be involved in it since it’s full of great career opportunities which will only broaden over time. It is an extremely secure industry to work in.

What I also like about the IT industry is the payoff of your hard work. When you put in a lot of effort and time at the beginning of your career, it will only profit you later on. The work you invest into self-development is never a waste of time. That would actually be my advice for people interested in this field of work: It may be hard in the beginning, but it really does pay off in the end. Don’t get discouraged while starting to pursue this industry.

What do applicants need to bring to the table to be successful in your field?

I think the key to being successful in my field would be absolute commitment to your work. As I previously mentioned: It isn’t one of the easiest crafts to master but it is one of the most sustainable and rewarding crafts. So, don’t get discouraged too early. I have been pursuing this field for a few years now and occasional mistakes still happen to me, but you shouldn’t view them as a result of failure, but rather as an opportunity to learn and broaden your knowledge.

How would you describe a classic day of yours at Soloplan?

In the morning, we always have our daily team meeting, which is a chance to exchange problems, solutions and therefore knowledge. After the meeting I usually take time to support my teammates one on one. It may be that one of them is fairly new and doesn’t know their way around CarLo at all, so I have to give them insight into specific areas.

The rest of my day isn’t that different from the others; I work with the code. That can occur due to different occasions. Either the CSM has a new solution for a customer that needs to be implemented or we get a Mantis that has to be worked on. Other sources of my daily work are the issues reported by our internal quality management, or questions or requests from the service department.

As a team leader you have to train your mind to be able to switch from one task to another in a few minutes. You have people who depend on you and your knowledge, but you also have to get your own work done. It is a very broad and wide field of work and I genuinely enjoy it.

Is there a project you remember particularly well? If so, why?

I think my most memorable project would actually be one of my most current projects. I am sure that many people have heard of Optical Character Recognition Scanning in CarLo before. I was actually one of the developers who has been monitoring and also working on this project from start to finish. We are still implementing some minor changes, but I am very proud of how far we have come, considering we started at 0 and are almost at 100.

But this automated process–which eliminates a lot of work for our customers–did take some time to develop. You have to make sure that every font, every character size gets recognized and digitalized correctly. That is the area that we have to optimize, still. But we are making great progress!

You also want to become part of Soloplan?
Then take a look at our open positions – we look forward to receiving your application!