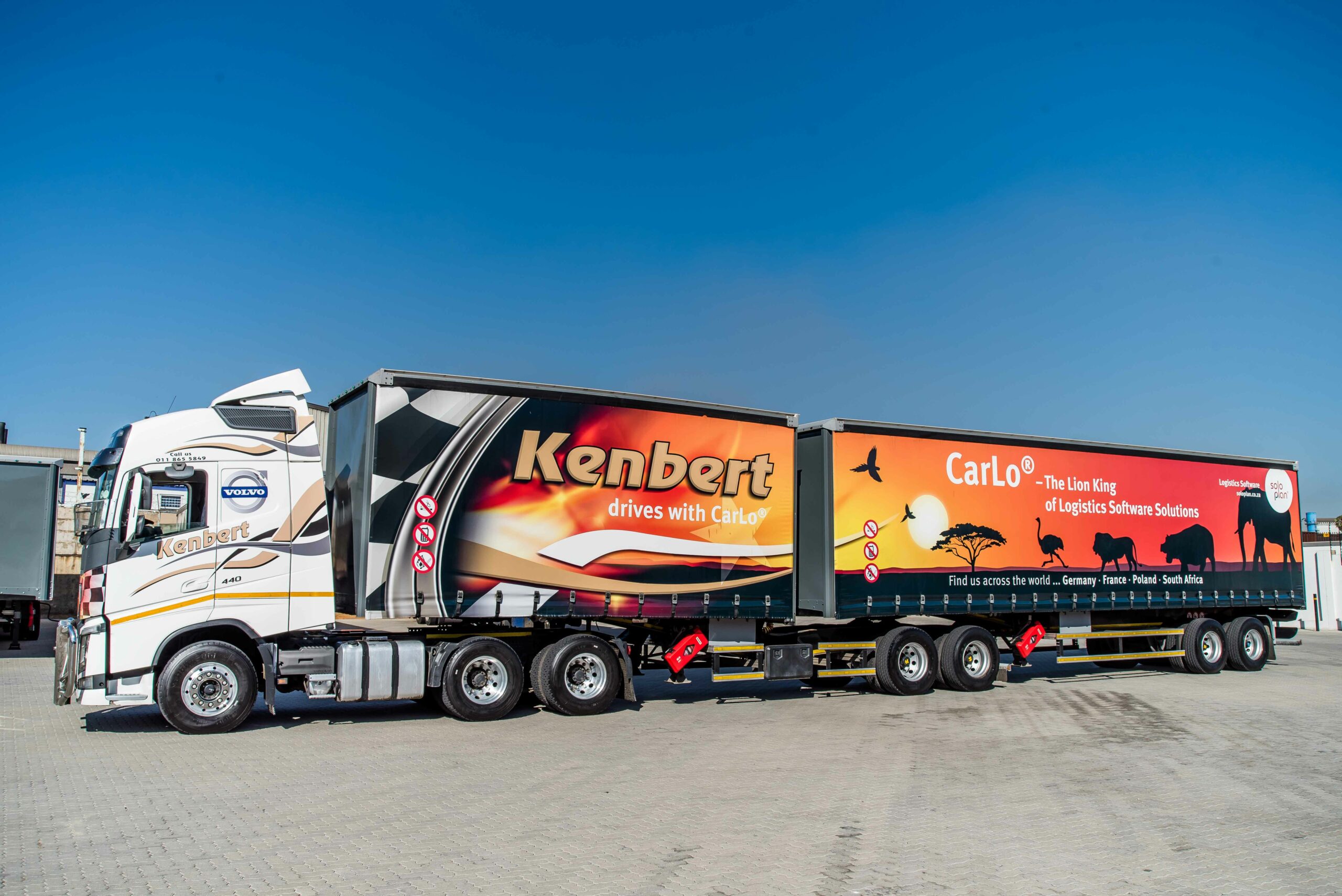 Only a model truck in the past – now it is reality: The unique CarLo truck by KENBERT TRANSPORT.

At the beginning of 2020, the South African logistics company KENBERT WAREHOUSING & TRANSPORT started using the transport software CarLo. Since then, about 50 of their own trucks have been driving with the logistics software developed by Soloplan–including one very special model. As of late, the “CarLo truck” has been travelling South African roads and definitely draws all eyes to itself.

This truck was originally planned as a model for miniature trucks; however, it quickly became clear that the design of this truck was to be realised in the future. In cooperation with KENBERT TRANSPORT, the project has now been implemented and the miniature truck has now become a real eye-catcher on South African roads.

Since KENBERT TRANSPORT’s foundation in the 1980s, the transport company based in Johannesburg has become one of the big players in South Africa. With over 120 employees and over 50 vehicles, KENBERT have established themselves on the African market and are on course for expansion–also due to the migration to CarLo a year ago. The use of cutting-edge logistics software and the resulting time and cost savings ensure a continuous expansion of the company’s position in the market. Through the transport management system CarLo, multiple processes have been digitised, procedures have been accelerated and a more efficient workflow has been created. Thus, as a result of the cooperation–which has been going on for only a year so far–, this special “CarLo truck” has been presented.

Have these pictures piqued your interest?

Then feel free to arrange your personal consultation appointment today or contact us via e-mail to sales@soloplan.com or by phone at +27 87 183 1460.