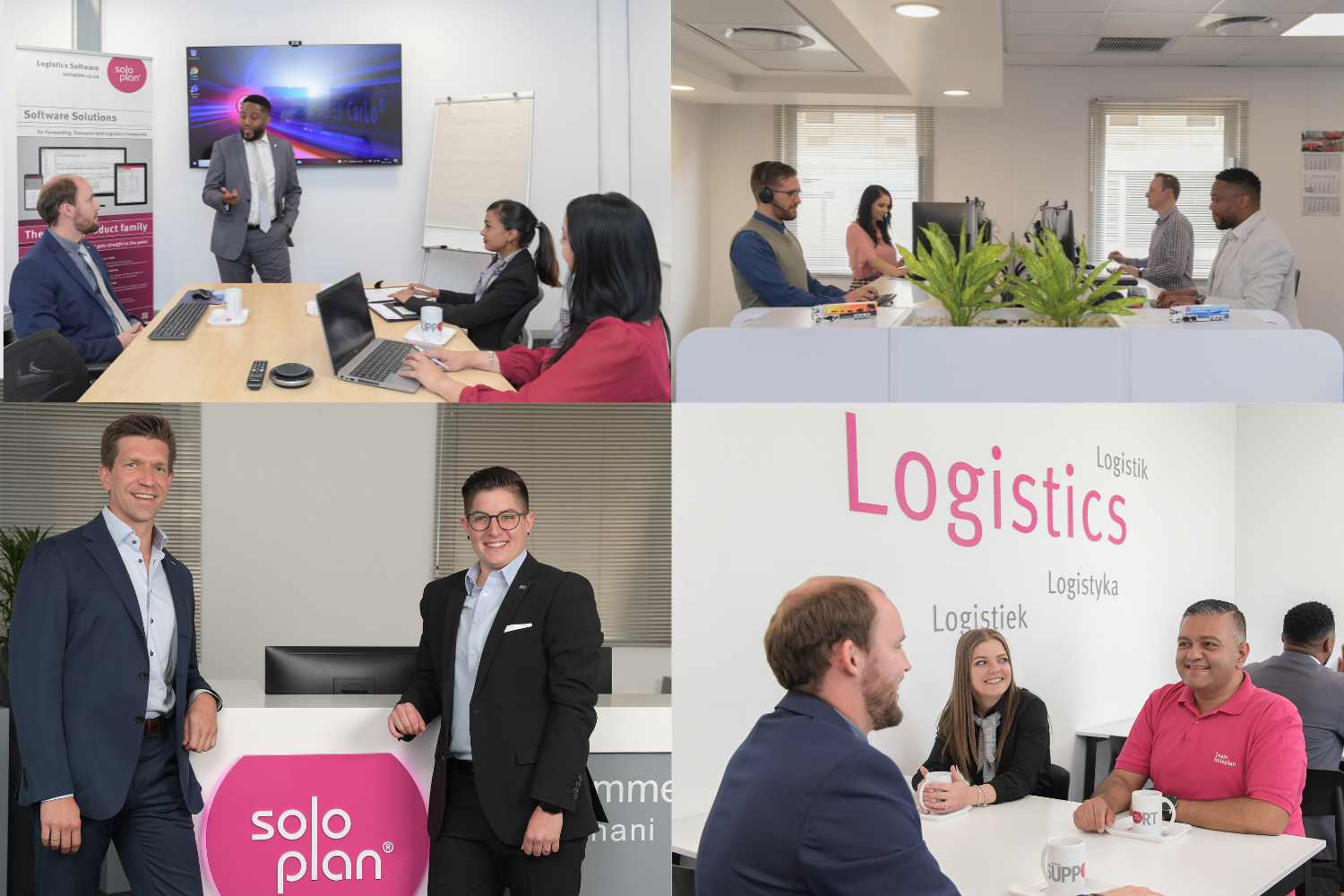 The software company will create even more space for the support of international customers in its branch office in Pretoria. CarLo® academies and training courses will also be offered at the South African location in the future.

Since the subsidiary Soloplan SA (Pty) Ltd was founded in Pretoria, South Africa, in 2017, the branch office has been able to grow continually. What started almost four years ago with two Soloplan employees, has grown to a team of 17 IT specialists. Analogously to the other international branches of Soloplan GmbH, the branch in Pretoria consists of a service team, a sales team and the general administration. Meanwhile, local customers are no longer the only ones who are supported by the South African branch but also international Soloplan customers around the world. The CarLo® academies already offered at the headquarters in Kempten and in Dresden will now also be offered at the South African branch. For customers from the region and their employees, this means an even more personal service, eliminated travel costs and considerable time savings.

As one of the leading university towns in South Africa, Pretoria serves as one of the capital cities in South Africa alongside Cape Town and Bloemfontein. With a population of almost 800,000 people, the city in the Gauteng province is located in the north-east of the country and offers ideal location factors for Soloplan’s South African branch. Not only Pretoria itself is considered a pivotal point of the African logistics sector, the neighbouring regions and countries also play an important part in this economic sector.

To be able to provide a perfect working atmosphere for the employees at the branch in South Africa, the offices of Soloplan SA have been extensively expanded, enlarged and modernised. With around 500 square metres of well-equipped office space, the employees will have even more space to develop and work even more efficiently on customer requirements.

“We are, of course, very happy with the rapid growth of our South African branch. At the same time, we were forced to increase our office space for the second time since we opened the branch. With the new offices, we offer a highly modern work environment for our employees for more efficient work, which will not least positively affect our customer’s satisfaction.” says Wolfgang Heidl, CEO and founder of Soloplan.

Soloplan’s internationalisation and the corresponding global usage of the logistics software CarLo® is one of the long-term goals of the software company located in Kempten. True to the motto “From the Allgäu to the whole world”, Soloplan now has a second branch in Germany (Dresden) as well as international branches in Poland, France and South Africa. Additionally, another branch is currently being established in Birmingham (UK) to be able to carry out sales and service tasks from the UK in the future.

It’s a fact that the future is digital and Soloplan also wants to make an important contribution to it with its Transport Management System CarLo®. You want to become a part of this development in the logistics sector and optimise your processes with CarLo® in the future.

Then feel free to arrange your personal consultation appointment today or contact us via e-mail at sales@soloplan.com or by phone at +49 831 57407 300.