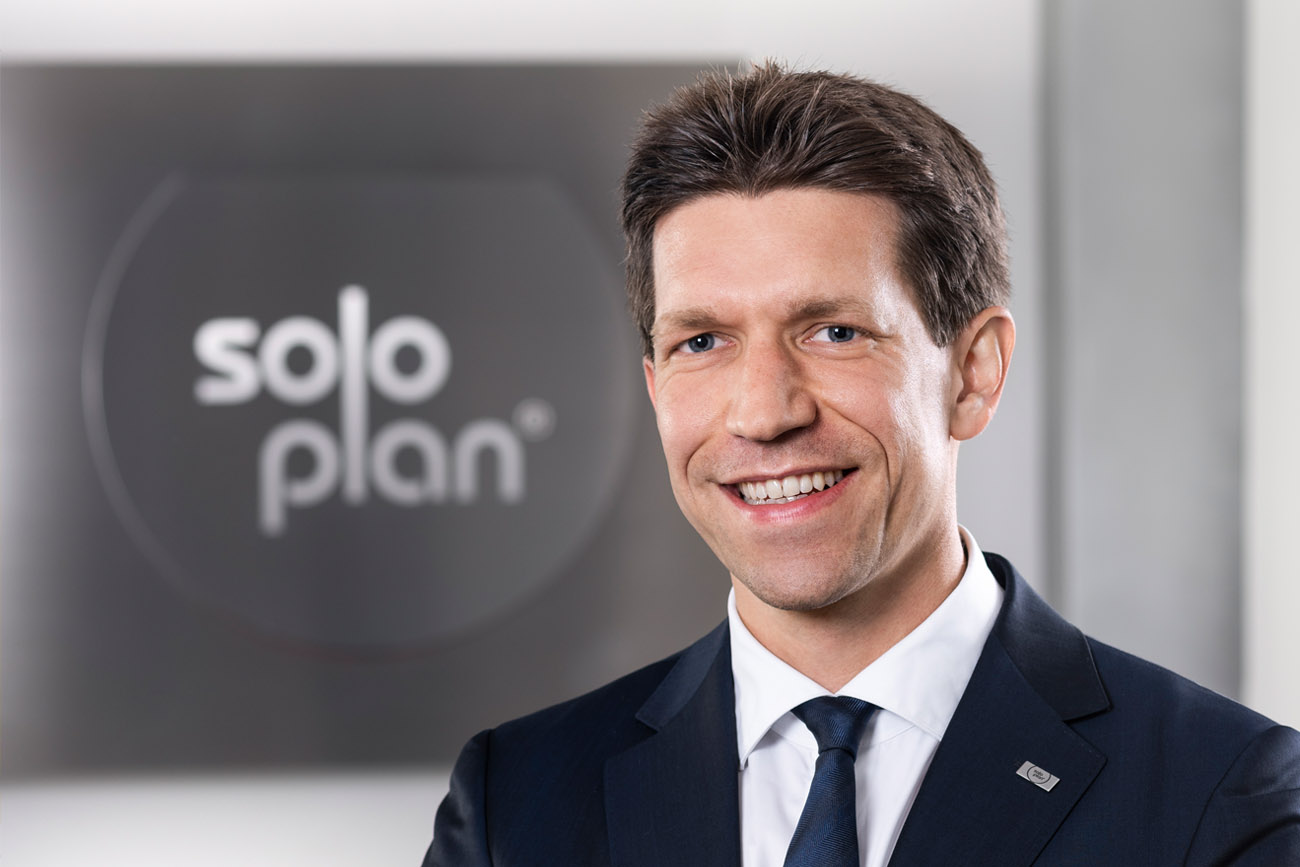 On 1 January 2019, Fabian Heidl (32) joined the management of Soloplan GmbH, a company that is specialised in logistics software.

The continued growth of the medium-sized family business was the driving factor behind this step. With Fabian Heidl having been appointed CEO, the second generation of the family of entrepreneurs now also holds a top-level management position. Before that, company founder Wolfgang Heidl was the only CEO. Fabian Heidl will now primarily focus on further expanding worldwide sales operations and on supporting the branch offices in Poland, France, South Africa and the USA. He will continue to be responsible for the joint venture SOLOINDO in Indonesia.

He has a Master’s degree in Business Administration (MBA) and has been working for Soloplan GmbH since June 2006. During his studies, he worked in customer service and support for four years until 2010. After having completed his studies, Fabian Heidl assumed the position of international sales manager. Since September 2011, he has also been managing partner of the branch office in Poland, which was newly founded back then. Moreover, the specialist for market analyses and product presentations is in charge of the partner network in Europe and the sales and service office in France. In July 2013, Fabian Heidl additionally assumed responsibility for sales strategies as well as for key and global accounts. In February 2014, he was granted sole power of procuration for Soloplan GmbH’s business operations.

His older brother Christian Heidl and his younger brother Julian Heidl have also been working for the company for more than ten years.