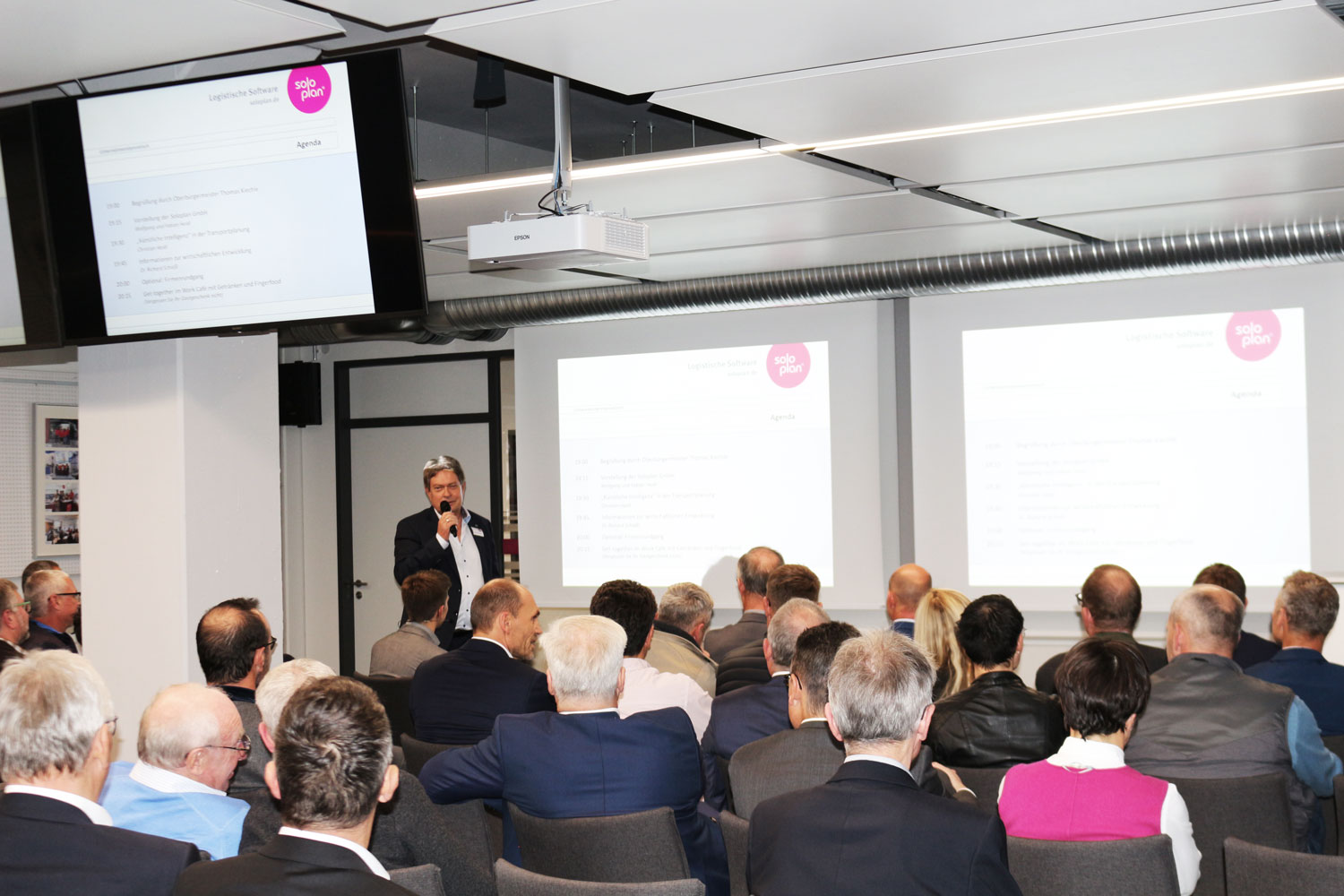 On 07/11/2019, the first entrepreneur meeting was held at Soloplan GmbH in cooperation with the “Amt für Wirtschaft und Stadtentwicklung Kempten” (department of economy and urban development Kempten). More than 80 entrepreneurs based in the Allgäu region had already announced their attendance in advance, among them some representatives of the city.

Thomas Kiechle, mayor of Kempten, started the discussion and informed about the latest events in Kempten and the region. Wolfgang Heidl, CEO, and Fabian Heidl, CEO International, presented the company Soloplan GmbH. Under the slogan “25 years of Soloplan in pictures”, the guests could gain a comprehensive insight into the software company and obtain extensive background information on the family-owned business.

“Soloplan City is a very good example of the continuous further development of the city of Kempten. The reconstruction of the former military commissariat into a modern company building has created more space for innovation and development as well as a great number of new jobs,” says Wolfgang Heidl, CEO of Soloplan GmbH.

Soloplan GmbH has been representing innovation and technology for 25 years. As a market leader in the international logistics and transport sector, the company relies on the use of the latest technologies. In that context, Christian Heidl, CDO of Soloplan GmbH, presented the topic of “Artificial Intelligence in Transport Planning” and gave insights into the in-house developed logistics software CarLo.

Dr Richard Schießl, head of the economic development office, then provided an outlook on the planned growth and further development of Kempten’s commercial and residential areas. The entrepreneur meeting was rounded off by a guided tour of the building and the individual offices as well as by a get-together over some traditional Bavarian food.