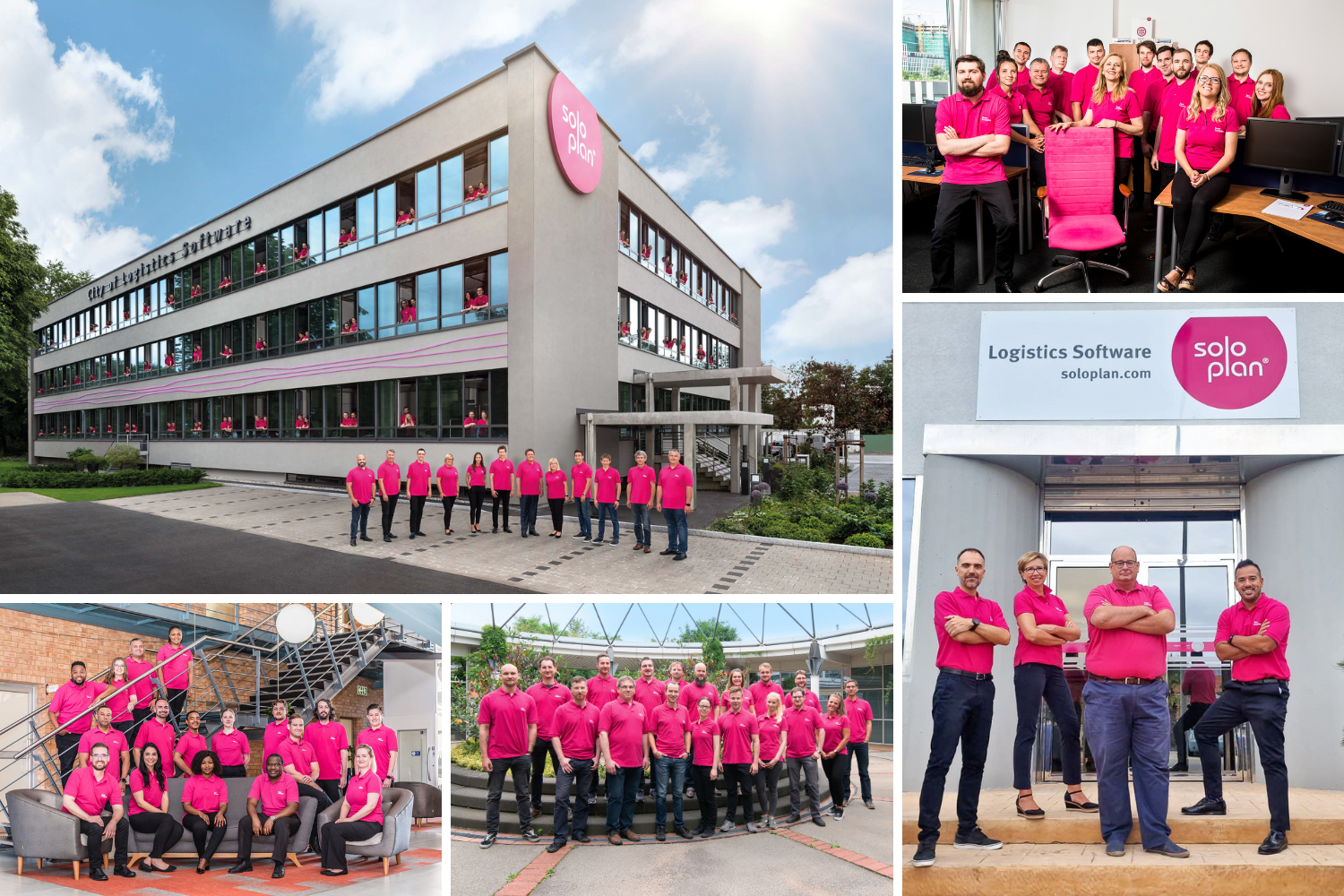 Customer proximity and optimal service–those are the most important goals of Soloplan GmbH. To accomplish these goals, the approximately 250 employees in the seven branches offices work closely together across countries. Just recently, a new branch office in Murcia, Spain was opened.

The company was founded in 1991 as an IT service provider. In 1994, its name was changed to Soloplan GmbH. Since then, the company has been a success story: Not only do the headquarters in Soloplan City continue to develop and, since 2019, represent one of the most modern office buildings in the Allgäu region. The company has also expanded within Germany and abroad.

The first branch office was opened in Katowice, Poland, in 2011. This was followed by the second German branch office in Dresden in 2013, the branch office in Hoenheim, France in 2015 and, in 2017, the first branch office outside of Europe in Pretoria, South Africa. To be able to offer comprehensive service on site in Spain as well, we opened a new branch office in Murcia on the Costa Cálida this year, which is managed by the logistics and software experts Enrique and Katarzyna Quirós Hoppe. The Spanish couple can look back on many years of experience in the logistics sector and offer competent advice to both our existing customers and the great number of potential customers in the promising market. In the future, we will further expand the branch office as a service and sales location. One state-of-the-art training room has already been equipped with six training stations.

A growing number of transport companies in all of Germany, Europe and the world use our logistics software CarLo®. Around 30% of our customers are located outside of Germany, 75% of them in the non-German-speaking area. To be able to handle the high demand for customer support and CarLo Academies, the training offered at Soloplan, the locations of the existing branch offices have been extended as well. In July, the Dresden branch office moved into new premises of more than 800m² and can now welcome Soloplan customers in two training rooms. The 38 training stations in total are an important basis for our superb customer service. We now also offer Academies in Pretoria for our South African customers. The branch office recently expanded and thus reacted to the swift growth of the location. Additionally, in Wroclaw, a second Polish branch office was opened.

The headquarters in Kempten are also designed for international customers. Right next to our headquarters is the 4-star hotel Soloplan City Resort that, apart from business travellers from all around the world, mainly accommodates customers, partners and employees of Soloplan GmbH. With an office space of more than 4000m² and six training rooms for a total of 200 training participants–among them a training area with 108 training stations–Soloplan City is perfectly equipped to host Academies, trainings and presentations of any kind.  “The highest customer satisfaction is our main priority, which is why we particularly value in-person contact with our customers. By expanding our branches, we want to be as close as possible to our by now very international customers,” says Wolfgang Heidl, CEO of Soloplan.

You also want to be part of our international customer base and are interested in our transport management system CarLo®? Then feel free to arrange your personal consultation appointment today or contact us via e-mail to info@soloplan.com or by phone at°+49 831 57407 0.